In the last five years Spain has really upped their game when it comes to the craft beer scene. There are well established local beer brewers like La Virgen, Dougall’s and La Sagra as well as hundreds of small nomad breweries like La Quince and Yakka that make fantastic beer on par with veteran craft beer countries like the US or Belgium. Besides this, there are several craft beer festivals and events celebrated year round like the Founder’s Madrid Beer & Music Fest, Barcelona Beer Festival and the Lavapiés Craft Beer Week where you will get to meet the brewers, enjoy beer tastings and attend workshops.

Here are some of the most popular Spanish craft beer brands in Spain:

This brewery is located in Toledo, about an hour away from Madrid. They offer great brewery tours where you get to learn about the way their beers are elaborated and get to taste some of their most popular ones. You can buy at the brewery any of their beers at the lowest price and take advantage to enjoy visitingthe medieval town of Toledo at the same time. They are in a lot of bars and supermarkets around Madrid and one of the best priced Spanish craft beers offering a huge variety like pumpkin ale, wheat, lager, red ale, IPA and many more.

A group of four friends decided to start this brewery in 2011 and it’s really taken off since! Besides their American-style brewery and restaurant with a terrace in Las Rozas, Madrid, they have opened 5 taprooms around the city. In their brewery beer tour you get to learn about how they make their beer and taste a flight of four of their most popular beers. Their Amber Ale Jamonera that pairs perfectly with Spanish ham and their De Castañas for autumn and winter are highly recommended.

Andrew and Enrique have been making craft beer in Cantabria, Spain since 2006. They are one of the pioneers in the Spanish craft beer movement and celebrate lots of tastings and events around Spain that have made Dougall’s one of the most popular craft beers in Spain. In 2015 they won two silver medals at the Belgium Beer Challenge for their beers 942 and Leyenda. 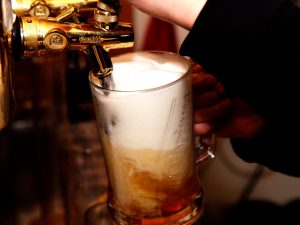 This an up and coming brewery from Guadalajara, a little over an hour away from Madrid, that has just won a gold medal and two silver medals at this year’s Barcelona Beer Challenge. The prized varieties were the blonde, rye and red ale varieties although I highly recommend the porter which has been awarded several accolades, as well. You can take a train and then hop on a bus or rent a car to visit this brewery to take a tour, just make sure to take a look at their calendar to make sure there is one programmed, usually twice a month on Saturdays.

This brewery is the concept of two Americans who decided to bring American style craft beer to Barcelona. Alan, the master brewer, had set up 300 breweries around the world before settling down to start his own in Barcelona and receiving in 2014 the top new beer rating by RateBeer only one year after starting it. If you are in Barcelona, you can check out their brewery that hosts several tastings, events and a 2-hour tour.

This Basque brewery was started by 5 friends who in their 30s decided to join forces and work on something that they were more passionate about by bringing something more exciting to the Spanish beer market. Their labels are very creative with a rebel tone where their most popular variety is EPA, Euskadiko Pale Ale, which is a reinvention of the American Pale Ale. You can visit their brewery in the Basque Country by booking a small group on their website.

When it comes to enjoying some of these tasty beers in Madrid, we have 6 bars we highly recommend:

This craft beer bar is in the middle of the hippest neighborhoods of Madrid, Malasaña, where they offer up to 14 beers on tap. Their menu is constantly changing so even though at the moment they have chosen American style barbecue with pulled pork sandwiches and chicken wings, in the past they have chosen to serve Vietnamese Bánh Bao and Spanish-style ‘raciones’. 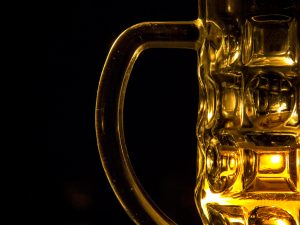 This restaurant from the Bang Bang group focuses on serving tasty local and international craft beer.

Roll Madrid doesn’t only offer a wide variety of Founder’s Craft Beer on tap but they have a mug club every Thursday that if you pay into it, you get to try new beers before anyone else, meet master brewers and get special member discounts.

Craft Against the Machine

Tienda de la Cerveza was one of the first stores in Madrid that sold a wide variety of craft beer including pumpkin ales which was the Holy Grail for expats living in the city. Now they host a ton of cutting edge events, tastings and workshops.

Last year they decided to open a bar called Craft Against the Machine, in which they only serve Spanish beer.

The Taproom Madrid is a point of reference for any craft beer lover with 40 craft beers on tap. They have a great mix of Spanish and international beers and hold events like language exchanges.

In Madrid, every month there is a new craft beer bar popping up so there are many more bars to try out besides the six mentioned above.  All you have to do to find more recommendations is download the free Untappd app and you can get an extensive list to find one near you.

In the past, many expats came to Spain and they craved something more than a Mahou but now you don’t have to worry if your favorite beer is an IPA, Stout or Amber Ale, because you are sure to find something to quench your thirst on a hot Madrid day!

Want to learn more about Madrid? Check out our blog where we give you plenty of information before you join one of our Spanish courses.