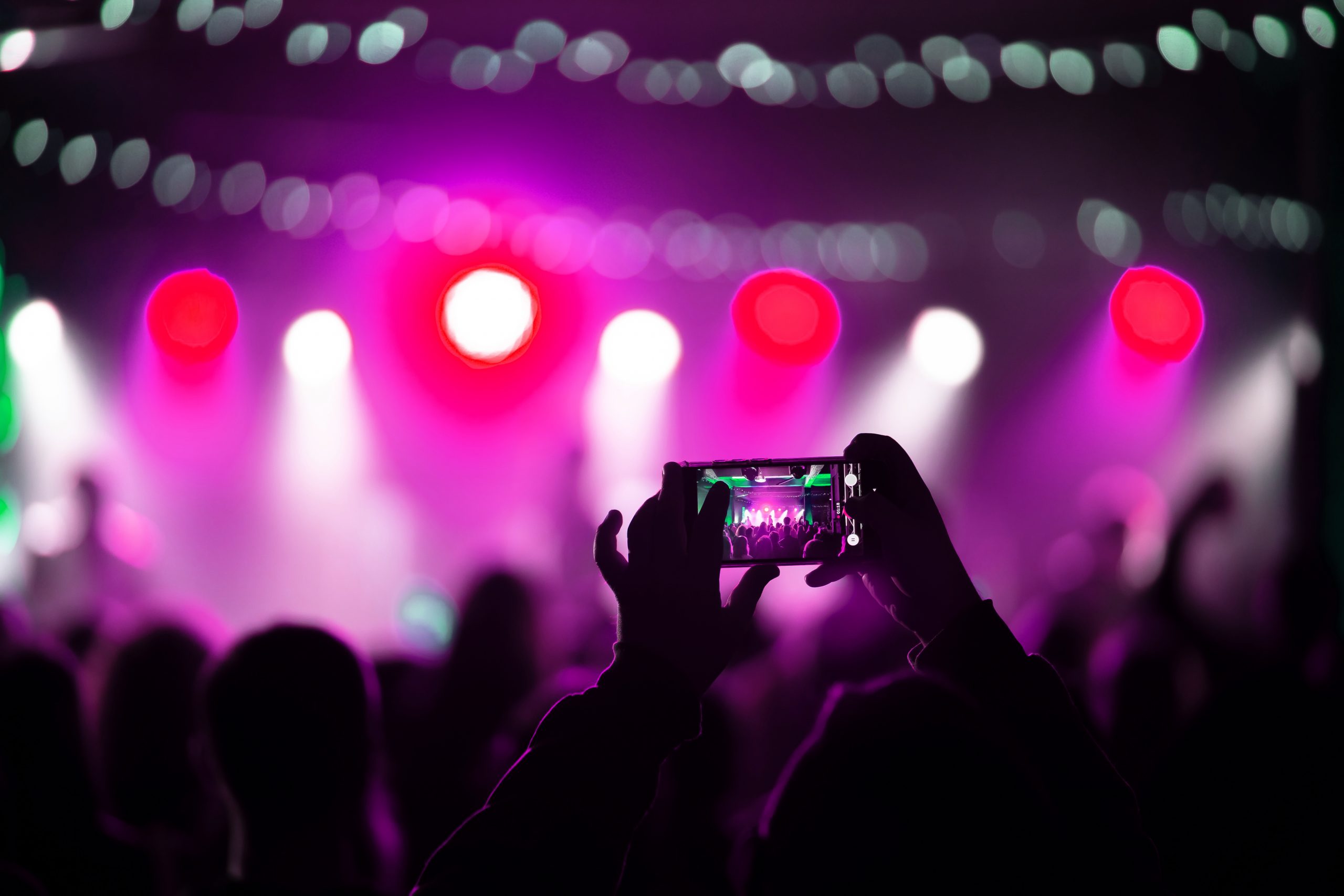 Now that the new year is just around the corner and normality is making a return, it’s the perfect time to start planning which concerts Madrid in 2022 you’ll be attending. Here we give you a list of what caught our eye as being the top picks for next year…

The Lumineers are an American folk-rock group from Denver, Colorado. The Lumineers broke through in 2012 to become one of the leads in the indie-folk genre with their smash hit “Ho Hey”. Their latest album dropped in 2019 and is called III.

Franz Ferdinand is a Scottish rock band that was formed in Glasgow in 2002. Their smash hits include “Take Me Out”, “Do You Want To” and “No You Girls”. Their latest release was “Billy Goodbye”. They are one of the most popular post-punk revival bands and have received two Brit awards!

IAMDDB is an Angolan rapper and singer from Manchester in the United Kingdom. As of 2021 IAMDDB has released three EPs and three mixtapes and has been listed number three on BBC sound. Her biggest hits include “Shade”, “Urban Jazz” and “Yallah Habibti”.

Rejjie Snow is an Irish rapper and songwriter from Dublin, Ireland. Snow released his debut EP in June 2013. His latest album is called “Baw Baw Black Sheep”. His most popular songs include “Egyptian Luvr” and “23”.

Maluma is a Colombian singer who began recording his own songs at the age of 16. He released his debut album in 2012 called “Magia”. Maluma is one of the best-selling Latin music artists and his single “Hawái” reached number three on the Billboard Global 200.

YUNGBLUD is an English singer, songwriter and actor who released his first self titled EP in 2018. His genre is alternative rock and pop-punk and his most popular singles include “I think I’m OKAY”, “Parents” and “fleabag”.

Shawn Mendes is a Canadian singer and songwriter. He gained popularity from Vine in 2013 when he posted videos of himself singing covers to songs. His latest album was released in 2020 and is called “Wonder”. His biggest hits include “Summer of Love”, “There’s Nothing Holdin’ Me Back” and “Treat You Better”.

Dua Lipa is an English singer, Songwriter and Model. She released her debut album in 2017 which peaked at number three on the UK Albums chart and had eight singles including the global smash hit “New Rules”. Her most recent singles “Levitating”, “Physical” and “Break My Heart” are also charted in the top 10.

Imelda May is an Irish singer, songwriter and multi-instrumentalist. Imelda may be known for her musical style of rockabilly revival and has been compared to other female jazz musicians. Her most popular singles to date are “Johnny Got A Boom Boom”, “Call Me” and “How Bad Can A Good Girl Be”.

The Foo Fighters are an American rock band that was formed in Seattle in 1994. The band was founded by former Nirvana drummer Dave Grohl. Their most popular songs include “Everlong”, “The Pretender” and “Best Of You”. The Foo Fighters have won 12 Grammys including four for Best Rock Album. They were also inducted into the Rock and Roll Hall of Fame in 2021.

Alicia Keys is an American singer, songwriter and actress. She began composing her own songs at the age of 12 and was signed to Colombia Records at the age of 15. Alicia Keys has won nine Grammy awards and 11 Billboard Music Awards. Her most popular singles include “If I Ain’t Got You”, “No One” and “Empire State of Mind”.

C.Tangana is a Spanish rapper from Madrid, Spain. Named one of the most influential and creative artists in Spain by Forbes. C. Tangana has multiple hit singles like “Ateo”, “Tú Me Dejaste De Querer” and “Demasiadas Mujeres”. C. Tangana will be performing at the Río Babel festival alongside other artists.

Micahel Kiwanuka is a British singer-songwriter and record producer. His debut album “Home Again” went Gold in the UK in 2012 and his second album, “Love&Hate” debuted and number one in 2016. His lead singles include the viral TikTok hit “Cold Little Heart”, “Love & Hate” and “Home again”. His Genre is a mix of R&B / Soul.

Swedish House Mafia is a Swedish house music supergroup. Formed in late 2008 the groups biggest hit to date is “Don’t You Worry Child”. Their newest single dropped in 2021 and is called “Moth To A Flame” (featuring the Weeknd). The group will release their third studio album, “Paradise Again” in late 2021 through their new label, Republic.

We’re pretty sure this is just a glimpse of what concerts in Madrid 2022 have to offer and there is bound to be many more events that are being planned! Make sure to follow us on Facebook and Instagram to stay up to date with everything that’s going on in Madrid.

If becoming a TEFL teacher is on your list of things to achieve in 2022 then check out our website for a list of courses that we offer including their start dates and prices.