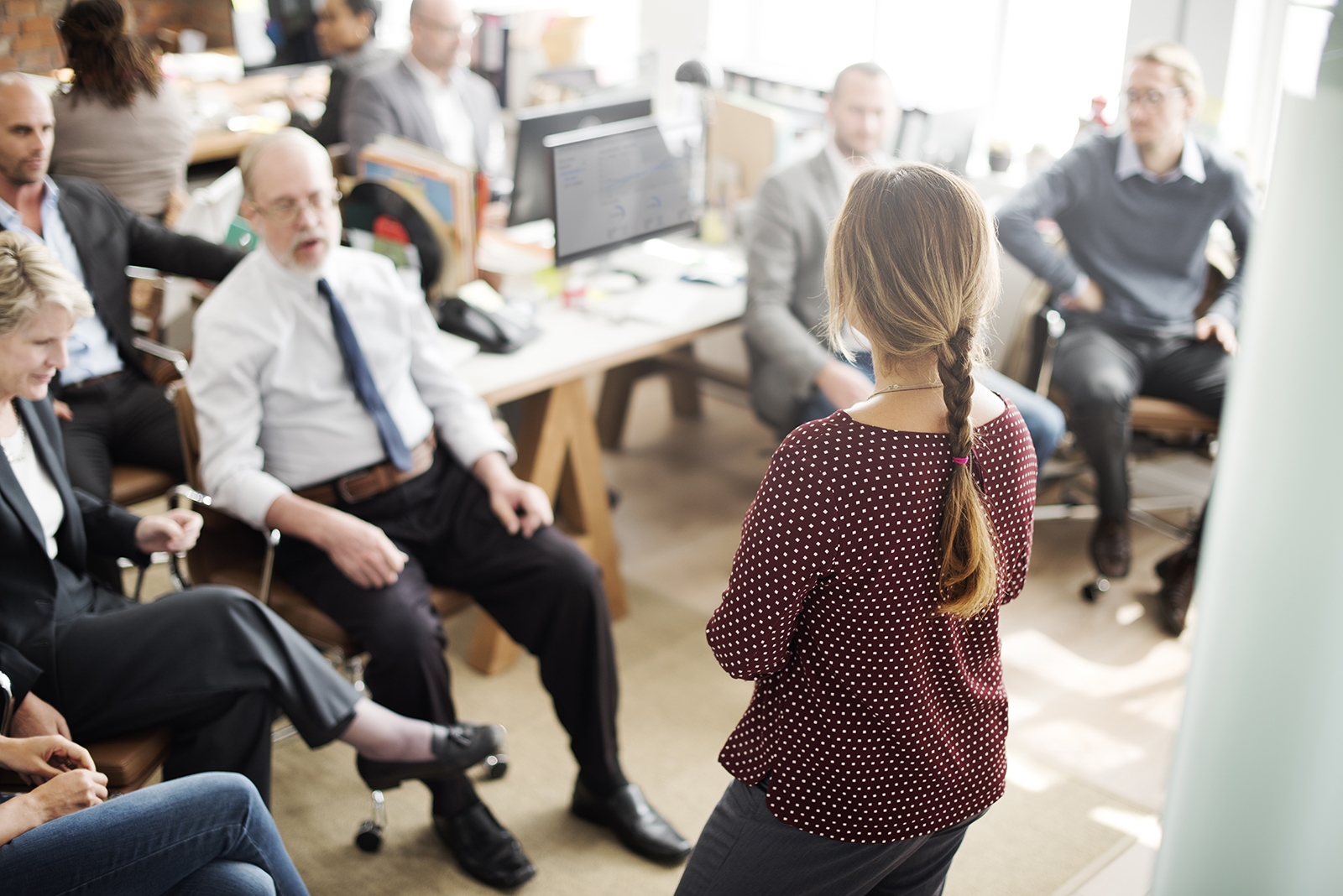 Teaching English as a foreign language at the highest level of business is often a daunting experience, especially when it comes to taking serious business professionals out of their comfort zone. You may have never stepped foot into a business environment in your life.

The first class often includes hurrying into a stuffy business room sweating and stressed after getting lost in the maze of identical meeting rooms. Shirts tucked in and hair slicked back, the executives are calm, collected, and above all – serious. You look down at the lesson plan you’ve brought, a lesson plan you’ve adapted from a class you gave to a much more dynamic, fun-loving group. In front of the expectant gaze of the executives, the animal impersonation warmer doesn’t look so promising anymore.

Even early, organized and positively sweat-free, English teachers frequently feel awkward about leading adults through games, even though the benefits speak for themselves. There is simply no substitute for the increased engagement, participation and retention that games involve. Despite this, games can often still be seen as something juvenile. Here are my top tips for confidently playing ESL games in a business setting:

Leading from the front

“Ok so maybe if you like we could…although we don’t have to…play a game? It’s up to you.”

If you’ve chosen to play a game, be confident in its purpose and execution. If you openly doubt the inclusion of the game when introducing it, then your students probably will too. Wear that mask! 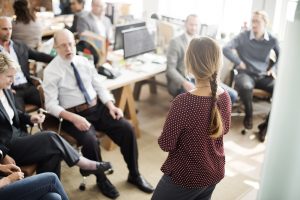 Games should always incorporate a transparent language point so your students understand the importance of the game, but especially so with students who are dubious when they aren’t working quickly through textbooks.  From what I have observed, teachers like to remain mysterious about their reasons for choosing certain activities, in fear that their course plan be revealed as humanly-constructed and open to criticism rather than divinely ordained. Why not say to your students, “we are playing this game to practise X”? to shrug off the cynics.

It’s incredible to see how competition can infect even the most austere characters. Just watch the panic set in for your serious students when you’re beating them at Conversations on a Train, a game in which you get points for subtly including pre-set phrases into conversation without the other noticing. If you have a large group, try playing smaller groups off against each other, especially if you notice a particular dynamic between students that suggests they enjoy rivalling each other.

Much like listening to the same song, games lose their effect if played repeatedly. However, slight variations can make all the difference, like finding a different track on the same album. Start by changing the pressure-factor – the aspect of the game that makes it challenging and raises energy. For example, let’s say the game is a story-telling game. First make the game timed, then on another occasion award points for the coherence of the story, then in another class give points for accuracy, etc. Aside from the pressure-aspect, you can change the context, the people playing (give out imaginary personas); change the material (i.e. when telling a story from pictures, change pictures for colours, change colours for objects, change objects for peer ideas). Modify the sequence, the allowed and prohibited lexicon, the tense. The list goes on.

Know and understand your students 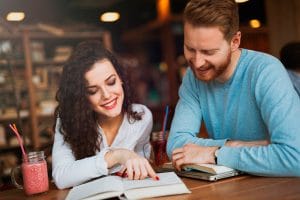 If your group still seem reluctant to join in, discretely find out what style of game would suit your students. Be attentive when they speak or write – are they quite grounded and prefer talking about real-world facts, in which case quiz or discussion based games would be a good option, or do they prefer the world of the hypothetical, in which case games requiring a good deal of imagination would be preferable. Do they like lying and fabricating? Do they like selling or pitching? Perhaps they prefer drawing over writing, movement over stillness, wit over winning. At the end of the game ask them how much they enjoyed it, or in a feedback form later on in the course ask them which games stood out to help you better gauge which games to play.

Introducing games into the classroom will undoubtedly enrich the experience for both you and your serious students and the key in doing so successfully is to be adaptable.

Do you have any go-to games you use in ESL teaching? Follow us on Facebook and let us know.